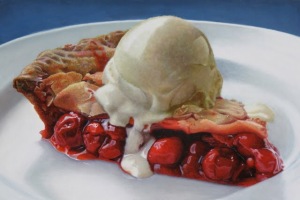 I got married on a blindingly sunny, breezy May evening in 2010; I met my soulmate on a cloudy, February morning in 2012.

Oh, well. They say timing is everything.

My timing has always been shit. When I was a little kid on vacation 3,000 miles away from home, my healthy puppy died from eating a piece of tinsel from the Christmas tree. I never got to say goodbye. He died alone, with our neighbor who was pet-sitting. She didn’t even like animals. I wish I had gotten to tell him how much I loved him.

In high school, my dream college waitlisted me. Of course I then sent formal acceptance to my runner-up school – partly out of spite, partly out of panic – only to receive an acceptance letter from choice numero uno later that very same afternoon. Natch.

My friend Chelsea likes to say, “A day late and a dollar short.”

My friend Doug likes to say, “Better late than never.”

Which one is it?

I met Daniel on the second day of a new job. Just another corporate gig where everyone goes in and pretends to really care about the outcome of whatever busywork is flung at them. They bicker with one another, push for results, struggle for power, knowing all along it’s all meaningless.

Nobody in middle management is changing the world.

Work clothes are usually dull, but not Daniel’s. He wore them expertly, sleeves rolled up, collar perfectly unbuttoned. The hint of a tattoo showed through his light pink shirt. He wore his glasses a bit too far down his slightly bulbous nose. He’d begun losing his hair, but rather than live in denial, he’d neatly shaved it off. He had a five o’clock shadow at ten o’clock in the morning.

He was the exact opposite of anyone I’d ever been attracted to. Especially my husband, the trust fund artist with his long, curly hair pulled into a loose man-bun. Always high, always half-heartedly rambling about needing to find inspiration while sitting in front of the TV and playing X-box with some 12 year-old kids in Japan.

His iPhone pinged every now and then, but he didn’t so much as glance at his phone during our conversation; his eyes stayed fixed on mine.

If that’s not true romance in today’s world, I don’t know what is.

We kept it professional, discussing process, metrics and reports. I never paid so much attention in a meeting, completely focused on every beautiful “synergy,” “KPIs,” and “innovation” that floated from his lips. I bounced some online marketing strategies off him and I told him I’d be in touch with a full proposal. His wedding ring caught the light, and the butterflies in my stomach momentarily transformed into a weighty pit.

“It’s great meeting you – I look forward to working together,” I said, standing up to leave.

He took my hand between both of his for one of those suave handshakes you see in the movies – or get from over-eager sales people. An electric current ripped through me.

I’d forgotten what it felt like to be alive. To feel hopeful. Years of the status quo will do that to a person.

But he was married. And so was I.

That whole “til death do you part,” thing kind of lingers out there, a constant refrain hovering overhead anytime you think even the slightest of impure thoughts about someone else.

I avoided contact with Daniel as much as possible. He scheduled meetings, and I changed them to teleconferences instead. When our team gathered for department-wide meetings which I couldn’t avoid, I’d sit on the opposite side of the room and avoid eye contact at any cost, while doodling “he loves me, he loves me not” daisies in my notepad, forgetting that I was 35 years old.

Two years passed, his subtly flirtatious emails the highlight of my day. We bantered too easily. We had more things in common than I cared to admit. He started making regular cameos in my dreams, albeit harmless one – a fellow patient in a dentist’s office, a familiar stranger on a train. I woke next to my snoring husband, hating myself.

Monthly team meeting day rolled around, and I got to the conference room early. I sat down and scrolled through Twitter, favoriting articles that – despite my best intentions – I would never go back and read.

Daniel walked into the room and gave my right shoulder a slight squeeze before sliding into the chair directly to my left. The squeeze to fuel a million daydreams. We sat: two people next to one another in a large room full of empty seats. My cheeks burned, red streaming across my face.

I kept my head down, looking at the dark screen of my phone and hiding behind a curtain of hair. I played it cool.

Out of the corner of my eye, I saw him smile. Cocky, teasing. He was having fun.

I gobbled up every single minute of it.

His hand rested on the table, his right pinky finger a millimeter away from my left one. We played a game of chicken as other people walked into the room and got situated. Neither of us flinched.

We struck up conversations with our colleagues. We talked the latest sports, the upcoming project status, plans for the Thanksgiving holiday.

The meeting adjourned. I walked back to my office and sat at my desk, feeling high and invincible. My wedding photo stared at me from the corner of my desk. I picked it up and put it away in my ridiculously oversized purse.

“How was your day?” my husband asked when I walked in the door, his eyes fixed on Call of Duty.

“Fine,” I said out of habit. Our daily rapport.