The scream heard round the neighborhood.

“What happened?” I asked as I ran down the steps, hair still wet from the shower. “Why was there a little girl screaming outside a few minutes ago?”

My stepmom didn’t even look up from her cookbook to answer.

I went outside to find out what had happened. My dad was sweeping up the cement floor, nothing amiss.

“What happened out here?” I asked. I was confused. A minute ago, it sounded like someone was being attacked with an axe. Now, my dad was puttering around the garage, business as usual.

“Nothing, just a snake,” he said nonchalantly.

Indiana Jones is practically a snake charmer compared to my dad.

Snakes. Why’d it have to be snakes?

My dad had found a snake in our garage. It had been coiled up in a ball at the foot of the steps. And, with an eye for fashion detail typical of men, he’d thought the snake was a hair scrunchie and picked it up off the ground. 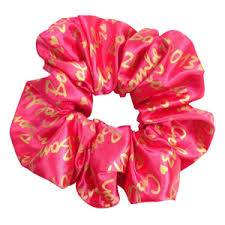 Yup. This was a thing.

He lifted the lid to the trash can to dump the grass and dirt sweepings from the garage floor. Sprinkled inside the trash can were several pieces of snake.

FACT: Jim hates snakes. So one day when I saw my dad flailing around the back yard erratically, chopping at the air with a pair of hedge-clippers one day, I sprung into action.

“What are you doing?” I asked.

“Snake nest!” he said, pointing at the ground with the hedge clippers. He then chopped one of the wriggling snakes in half and flung the two pieces of snake over the fence.

“Stop!” I said. I’m not particularly fond of snakes, but I’d logged a lot of time watching Crocodile Hunter as a teenager, so I knew what to do.

I grabbed a long stick with a “Y” crook in it, and began picking up the (incredibly harmless) garter snakes one by one and moving them into our neighbor’s yard, much to my dad’s dismay. He’d chopped up a couple, but not nearly enough to satisfy his snake-blood-lust.

A year later, my dad found another snake nest in the yard.

My Crocodile Hunter phase had passed. I’d moved on to doing things typical teenage girls do, like date boys, listen to emo music and write in a journal that I padlocked shut every evening.

I watched as my dad rode his John Deere riding mower over the nest. Over and over and over again. Then I watched as he raked up the carnage and dumped it in the trash can. I often wondered what our trash man must think of us.

Because my dad wasn’t the only one in the extermination business at our house in Malvern. Many other “remains” made their way into our trash cans.

Our cat, Madeline, was a natural born killer.

If we’d started a “name that animal or body part” game in our house, it could have gotten competitive.

Over Madeline’s reign of terror, we found:

We should have named her Alex for all the rabbits she killed.

I saw Madeline go head-to-head with a goose three times her size. I saw her hiss and spit at a fox, which was smart enough to retreat. She had her way with groundhogs, moles, crawfish, and turtles. She was more of a wild animal than the majority of animals that were actually living in the wild.

Ultimately, I got my fill of wildlife and wild-death as a kid and moved to the city as an adult. Here, I run more of a risk running into a fabled “toilet rat” than a snake. And those are odds I’ll take. I do, however, keep the toilet lid down at all times.