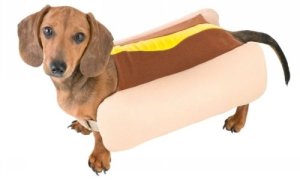 Having been born seven years after my brother, I am what you might call an “accident.” And like many children born during the 70’s, my brother came onto the scene not quite nine months after my parents said “I do” while wearing their lovely, hippie formal wear. My dad rocked some major sideburns and my mom walked down a daisy-covered aisle wearing a simple white cotton dress that she sewed herself.

My brother, Mike, and I had that accidental existence thing in common right off the bat, which is just one of the things that paved the way to our rock solid friendship today.

My brother is one of my favorite people. I love that when we talk on the phone, he calls me “kid” even though I’m 27 30 33 36 years old. He’s an amazing artist and musician and that I love getting a sneak preview of his latest masterpiece. I love that when I’m in a funk, he can always get me to snap out of it and put things in perspective.

He’s a solid big bro and he’s been one of my partners in crime for about as long as I can remember. Way back to when I was just four years old.

Let’s start with some history. Our ancestors hailed mostly from Ireland. They left the Blarney Stone behind and brought their talents to the suburbs of Philadelphia. Specific aptitudes include:

I remember the first time I told a lie, while driving in a yellow Subaru station wagon with my mom. I can’t remember what the lie was, but I know that I was about three years old and that I immediately spilled the beans that I had been untruthful. I was too young to repress the guilt and shame that came with lying. Clearly, I hadn’t yet evolved to my full Irish Catholic self. Repression might as well be my middle name.

By the time I was four years old, though, I had the whole lying thing down, thanks in part to my brother. He was basically the master of pulling the wool over our parents’ eyes. He and I were in cahoots from an early age.

Our kitchen table was a quaint round-top that sat four people comfortably. It stood on a wide middle pedestal, as opposed to having legs around the exterior. And where the tabletop met the pedestal was every childs dream: an open nook where things could be hidden. It was a space about four inches deep and a foot and a half wide. To us, it was cavernous and full of possibility. For a little while, GI Joe used that nook as a place to hide during ambushes and stake-outs. Sometimes, Darth Vader would hide there from the army of Ewoks and My Little Ponies hunting him down.

After a while, though, Mike found a much better use for the secret kitchen table compartment.

We sat down to dinner one night, plates of hot dogs and brussel sprouts staring us in the face. In earlier days, my brother might have tried to open the screen window and launch a sprout or two out into the yard. But why risk defiling our swimming pool with the hideous vegetables* when there was  perfectly good space under the table where they could be stashed?

Mike popped a sprout in his mouth, wiped his mouth with the napkin (so polite and well-mannered!), slyly spit the sprout into the napkin, kept the sprout in his lap and repeated until the opportunity presented itself for him to make a move. Eventually, my parents would be distracted by something like a phone call (landlines, remember those?). Mike wasted no time – he sprung into action, grabbing the napkin full of sprouts from his lap and shoving it into the nook under the center of the table.

I immediately regretted all the hot dog I’d already forced myself to eat (no clean plate, no dessert after all) and followed his lead. When my mom got up to refill her glass of milk, I hastily smooshed the rest of the hot dog, bun and all, under the table.

This went on for a a while. In my childhood memory, we’re talking years. But I’m sure it must have only been months before we were found out. Or maybe even weeks.

Because it must have started to reek, right?

Except I don’t remember the smell of decaying food slowly conquering our kitchen. There were no fly infestations. My parents never walked into the room scratching their heads, saying, “What is that smell?”

I only remember that my brother and I were starting to drip with sweat at dinner, knowing we’d almost completely filled our cubby hole. What were we going to do with all the microwave dinners, chicken croquettes, bitter vegetables and processed foods then?

I don’t remember how we got found out. But one day, my mom must have dropped something on the floor, and as she picked it up, her gaze found weeks of discarded dinners, crammed unceremoniously into her kitchen table. Her face green with disgust and pink from anger, she demanded an explanation from Mike.

“I’m sorry,” he said. He made no excuses, knowing that his ongoing rejection of the food probably hurt my mom’s feelings. It reflected his feelings about her cooking skills. My mom baked awesome treats, but she had zero interest in whipping up a well-balanced meal. Apparently my disinterest in cooking is hereditary.

And that was it. He didn’t rat me out. My contributions to the food compost under the table went unmentioned. He took the heat.

The three of us put sandwich baggies around our hands and began digging all the rotting vegetables, sandwiches and not quite identifiable food from the table. The hotdogs, not surprisingly, were aging better than the rest of the food. We worked together as a team, my mom giggling and waving some of the particularly choice pieces of food in my brother’s face.

“You sure you don’t want to finish this?”

For months, at the end of every meal, my mom would pop her head under the table to make sure all was clear. It always was. And my dad never once asked what she was looking for under the table. My dad, after all, was Irish. He knew better than to ask questions he didn’t want to know the answer to.
*For the record, like Nick Kroll, I have done a total 180 when it comes to Brussel Sprouts. Fry those pups up and yum.